Not long ago, Taga City, Miyagi Prefecture, Japan, publicly displayed the world's largest artificial light LED plant factory to the media. The factory named Mirai Hata covers an area of approximately 2,300 square meters, uses 17,500 LED lighting, can be produced throughout the year, and is expected to harvest about 10,000 lettuce every day. Not long ago, Fujitsu also announced that after about a year of preparation, low-potassium lettuce produced by its own plant factory has begun to be put on the market. 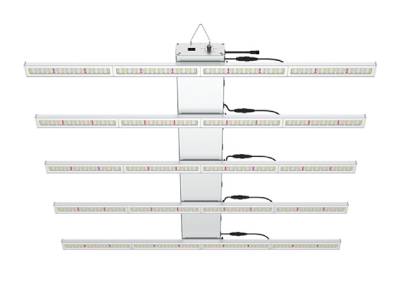 Japan is the country with the fastest development of plant factories. The government of this country took the lead in proposing a subsidy policy for plant factories in 2009, which caused the market demand for LED lighting in this field. According to statistics, the demand for LED Grow Light in plant factories in Japan was 1,000 units in 2009. In 2011, it rushed to 8,850 units due to the 311 earthquake. Although it declined back to 2,500 units last year, PIDA believes that the demand in the Japanese market will increase year by year. It is estimated that it will reach 3,200 units this year and 9,000 units in 2015. , To see 18,000 units in 2020.

Taiwan has also begun to smell the business opportunities of plant factories, and many LED companies have already begun to enter the market in this field. In addition to Jingdian and Everlight, there are also Canyuan, Guangding, Hongqi, Guanghong, New Century, Dongbei, etc. Since last year, the Council for Economic Development and Planning also wanted to support plant factories through channels to promote the revitalization of Taiwan’s agriculture.

In the past, the cost of LED lighting remained high, and plant factories often used fluorescent tubes or high-pressure sodium lamps. With the decline in LED prices and the improvement of technology, a new wave of progress has been made in the application of LEDs in LED Plant Growth Light Suppliers. At present, there are not many manufacturers of LED plant lights in China, and most of them are concentrated in Shenzhen.

At present, the sales market of LED Plant Lights is also concentrated in countries and regions with fewer agricultural personnel such as Japan, South Korea, China and the United States, and Europe.

Next How does LED Plant Light Affect Plant Growth?